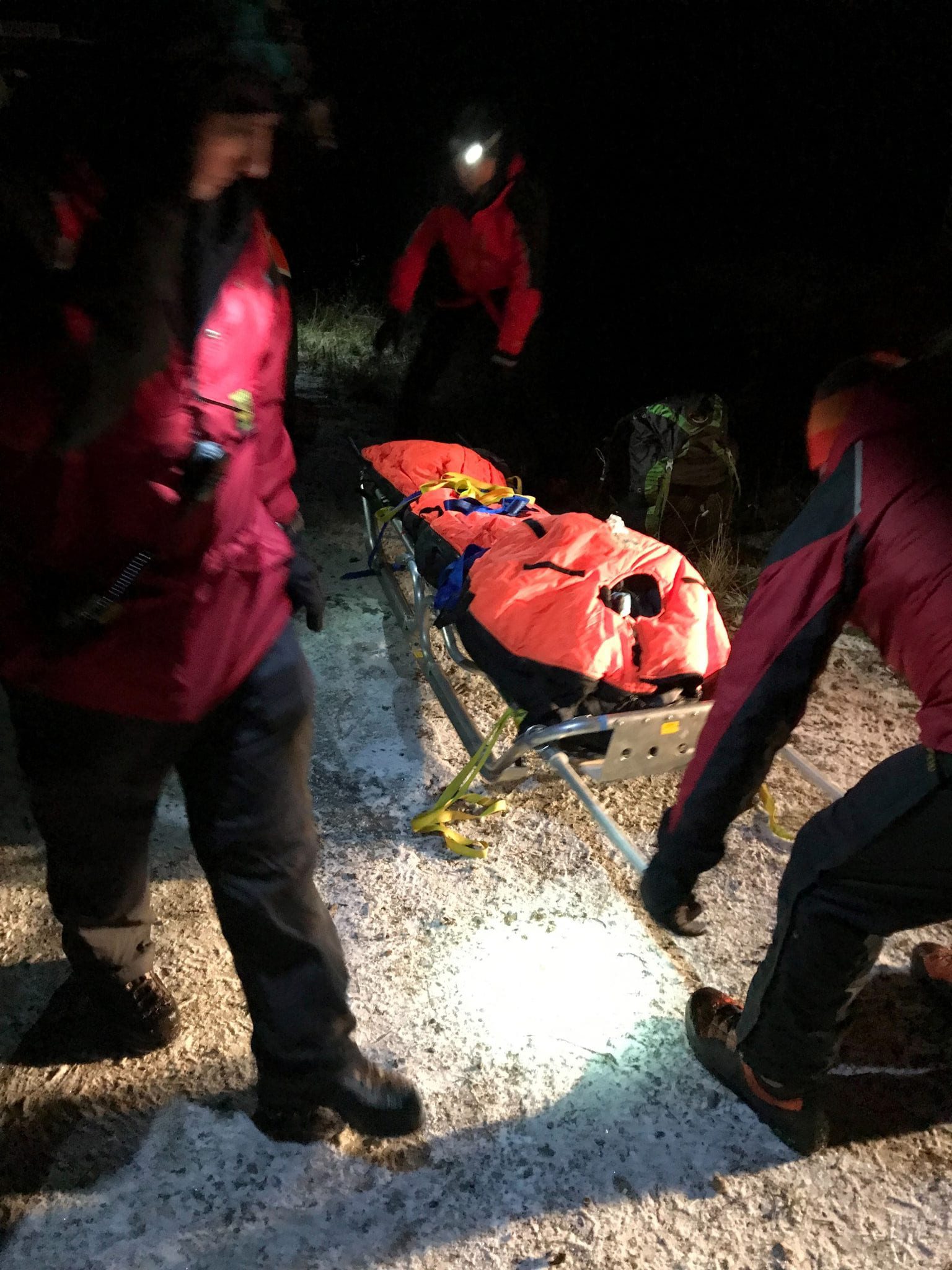 Christina and her husband live in Inverness and are experienced hill walkers and love hill walking. They have climbed around 33 Munros as well as a number of Corbetts. 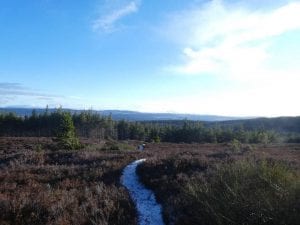 In January 2019 Christina and her husband had been planning to go for a longer walk in the Cairngorms but decided instead to go for shorter more local walk. So they headed for Muir of Ord instead to walk up Cnoc Croit na Maoile (Ord Hill). It was a beautiful cold clear winters day with 365 degree views. The ground was frozen in places with a sprinkling of snow. The walk was expected to take a couple of hours. After getting to the summit, Christina and her husband took a while to take in the views and take some photographs before starting the descent. As they set off down the path became slippy and treacherous with ice, so Christina decided to step off the path into the heather at the side. At that moment her foot slipped and bent forward abruptly and Christina could hear her ankle make a loud crack. She felt dizzy and sick and took a few minutes to compose herself.

Christina couldn’t put any weight upon her foot. Although they were out on a short walk and it wasn’t far to the car they realised that trying to descend down an icy path unable to weight her foot might not be a good idea. Christina realised they were going to have to call for Mountain Rescue. So she passed her phone to her husband and asked him to call for help. 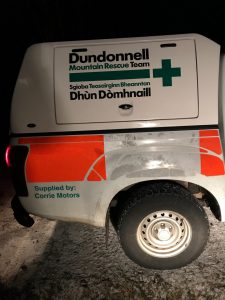 Rescue called back to get the full details.

Christina and her husband had to wait for three hours for the Mountain Rescue to arrive. As they had only been intending to go for what was for them a short walk for a couple of hours, Christina was wrapped up warm for a short walk, but not prepared for being stationery for 3 hours and didn’t have a rucksack with her. Whilst they were waiting for Mountain Rescue to arrive a man from the forestry commission came down on a quad bike, he went down on a quad bike to the bottom of the path and opened the gate so that Mountain Rescue would be able to get their vehicle as close as possible. He also came back with more warm clothes and also told them that Mountain Rescue had arrived and were on their way. Christina was relieved to hear that Mountain Rescue were on their way. It was starting to get dark but Christina could see torches appearing through the darkness and was able to hear their voices approaching. 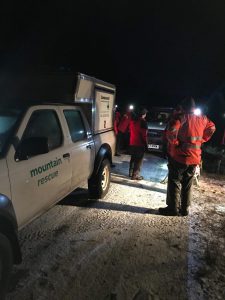 Christina was given an x-ray which showed that her foot was broken, and then they put her leg in a cast. Christina still has some issues with the ligaments in my ankle but has not let it stop her and she is still out climbing hills. 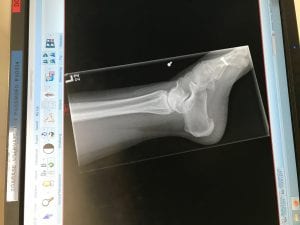 “I don’t know what I would have done without Mountain Rescue.

I think there were about 12 people from Dundonnell Mountain Rescue who attended the rescue. They were all amazing! They were funny and reassuring and cheered me up when I was feeling at my worst. They had great camaraderie with themselves and with each other.

The team were amazing! Now I always appreciate the work that Mountain Rescue do and want to support them.”

Meet Our Supporters – Tales from the Mountains – Strathclyde University

Volunteering for Mountain Rescue: An employee and employer perspective from Scottish Water