Scottish Mountain Rescue MRTs have developed from humble beginnings to the teams of highly trained and skilled volunteers we see today providing a world class service for all who need them.

Prior to the time when the rescue teams were set up, if anyone was unlucky enough to have an accident it was left to their friends and family to pull together the people and equipment needed to attempt a rescue. The rescuers were all volunteers from the local community, friends of the injured and anyone else with the necessary mountain skills willing to get involved and help. The early rescues took place before mobile phones and even phones, so the only way to summon help was often by word of mouth or letter, so it could often take quite a few days to get together a rescue party.

The emergence of MRTs in Scotland took place over several decades with a surge in the 1960s. During the same decade the Mountain Rescue Committee of Scotland (now Scottish Mountain Rescue) was set up, as the need for a coordinating body to represent the teams became clear.
Today Scottish Mountain Rescue represents 25 of the 28 civilian MRTs and we work hard to ensure that all MRTs have the best possible environment to be able to safely and efficiently conduct rescues.

Despite the many advances in rescue, equipment and training provision over the years and the progressive changes made within Scottish Mountain Rescue to meet these advances and prepare for the future, Scottish Mountain Rescue remains true to the basis on which it was founded. That is, to make provision for the assistance of anyone who may find themselves in difficulty in the mountains of Scotland.

1943 – The Royal Air Force Mountain Rescue Service(MRS) was first organised during World War II to rescue aircrew from the large number of aircraft crashes occurring in remote areas and in mountainous terrain. These were often caused due to minor navigational errors and or bad weather. The four teams initially established in Scotland were RAF Wick, RAF Kinloss, RAF Montrose and RAF Wigtown MRTs all formed in 1944. The RAF Leuchars MRT formed in 1956. RAF Lossiemouth (formerly Kinloss) MRT is the only team still in existence 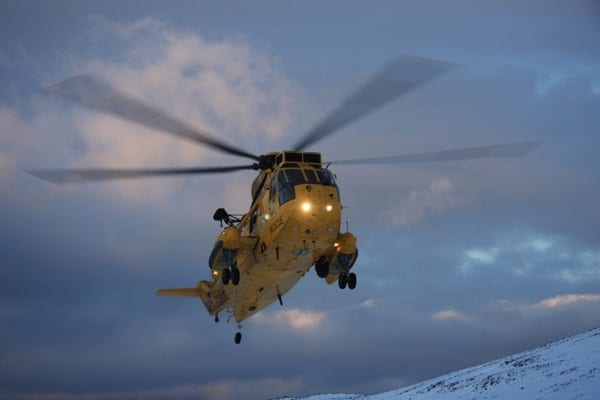 1951 – Gordonstoun School MRT was founded as a section of the Altyre Air Training Corps and recognised by the Air Ministry as a sub-unit of RAF Kinloss MRT. It was pre-dated by the ‘bloodhound service’ established in 1936.

1960 – First official police MRT in Britain, Police Scotland (Grampian) MRT was established after being initiated in 1959 following the death of five walkers on Jock’s Road. Formerly known as Grampol MRT. 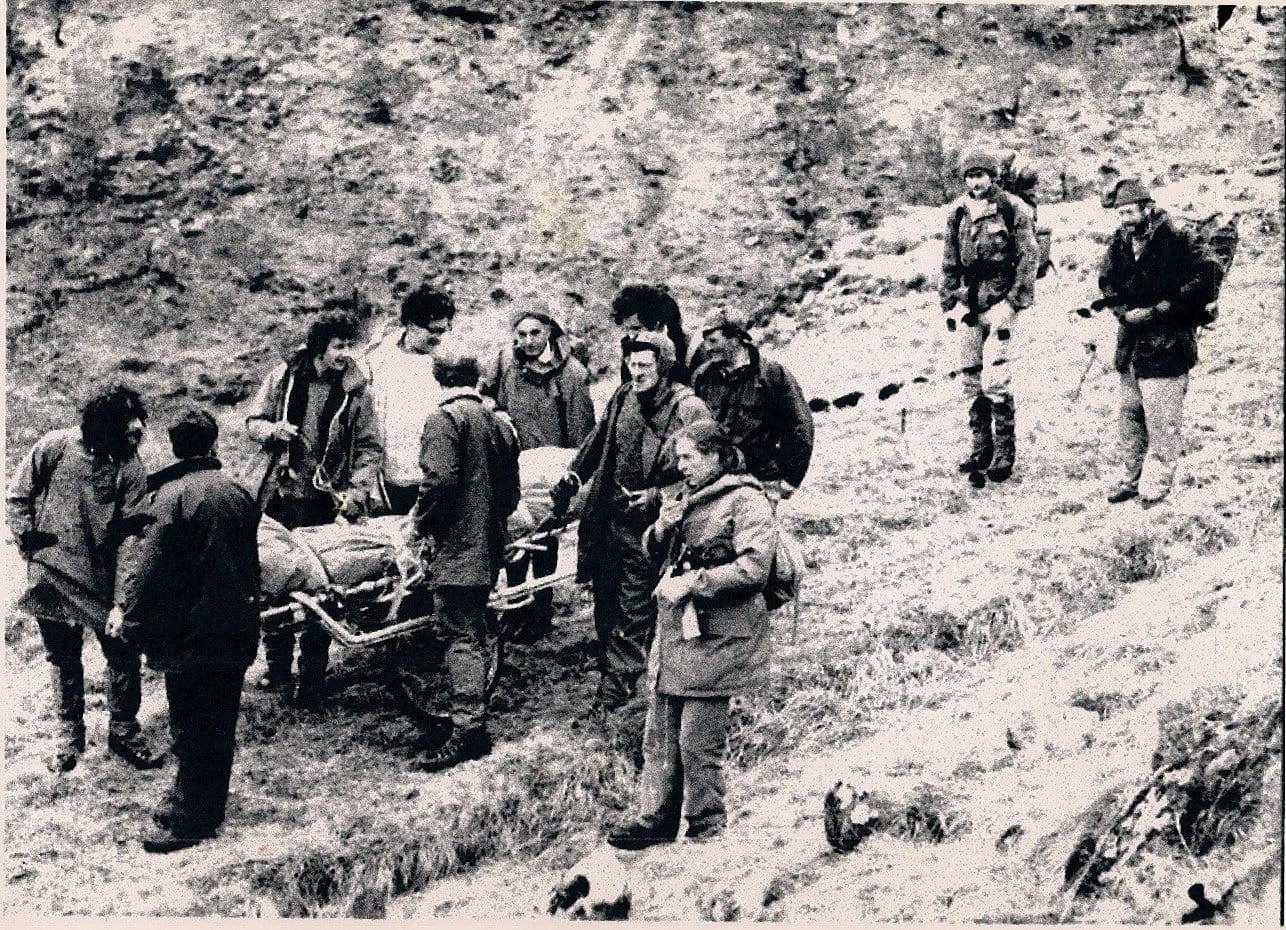 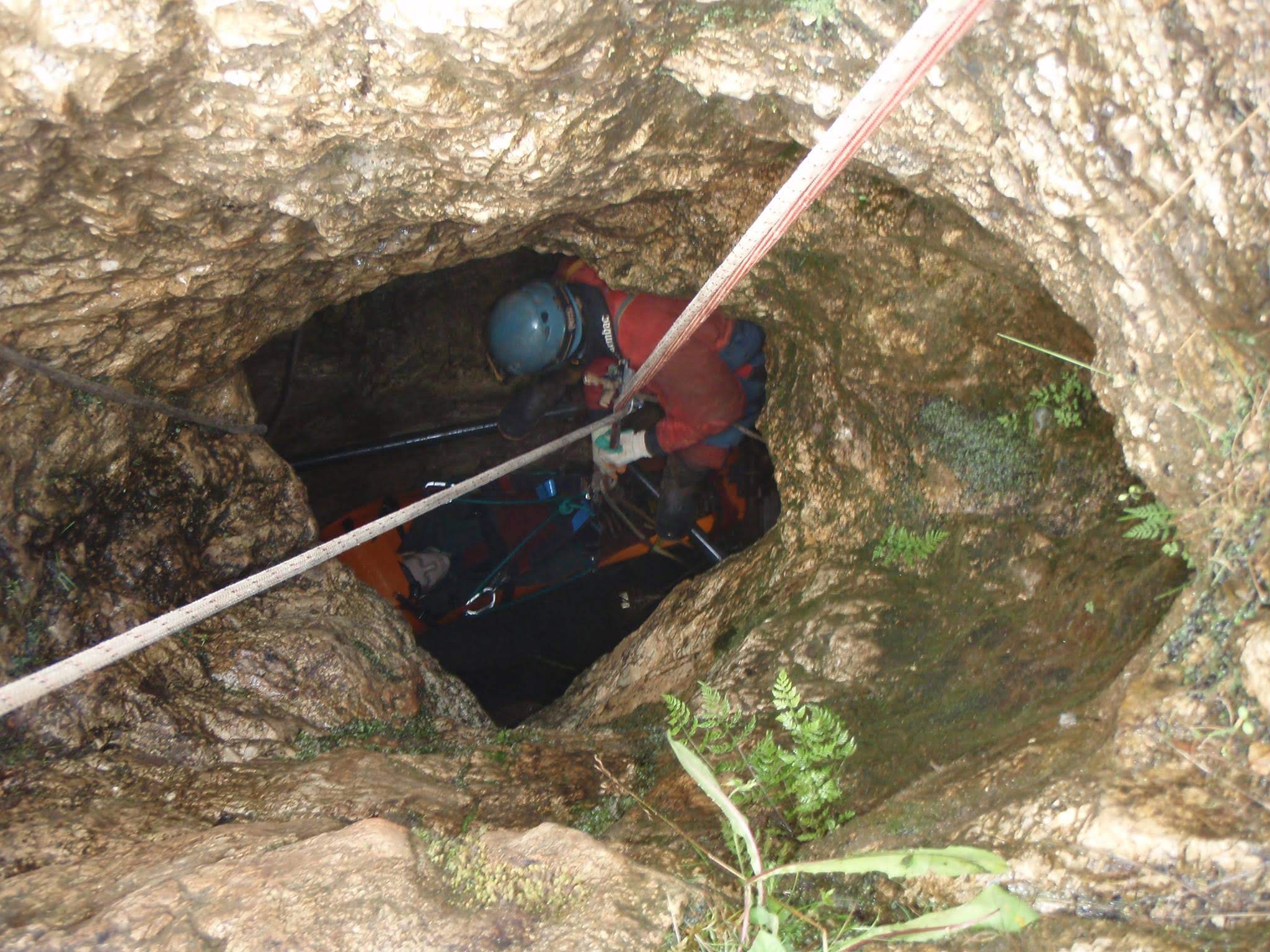 1966 –Edinburgh-based cavers founded the Scottish Cave Rescue Organisation and it was approved by the Association of Chief Police Officers (Scotland) in 1966. Although initially based in the capital, it was prepared to go anywhere to deal with a ‘shout’, and today involves active cavers from all over the country.

1965 – The Search and Rescue Dog Association (SARDA) in Scotland was conceived by Hamish MacInnes, one of Scotland’s foremost mountaineers and mountain rescue experts. Hamish MacInnes paid a visit to an avalanche dog training course in Switzerland in the early 1960s and immediately recognised the possibilities in Scotland. 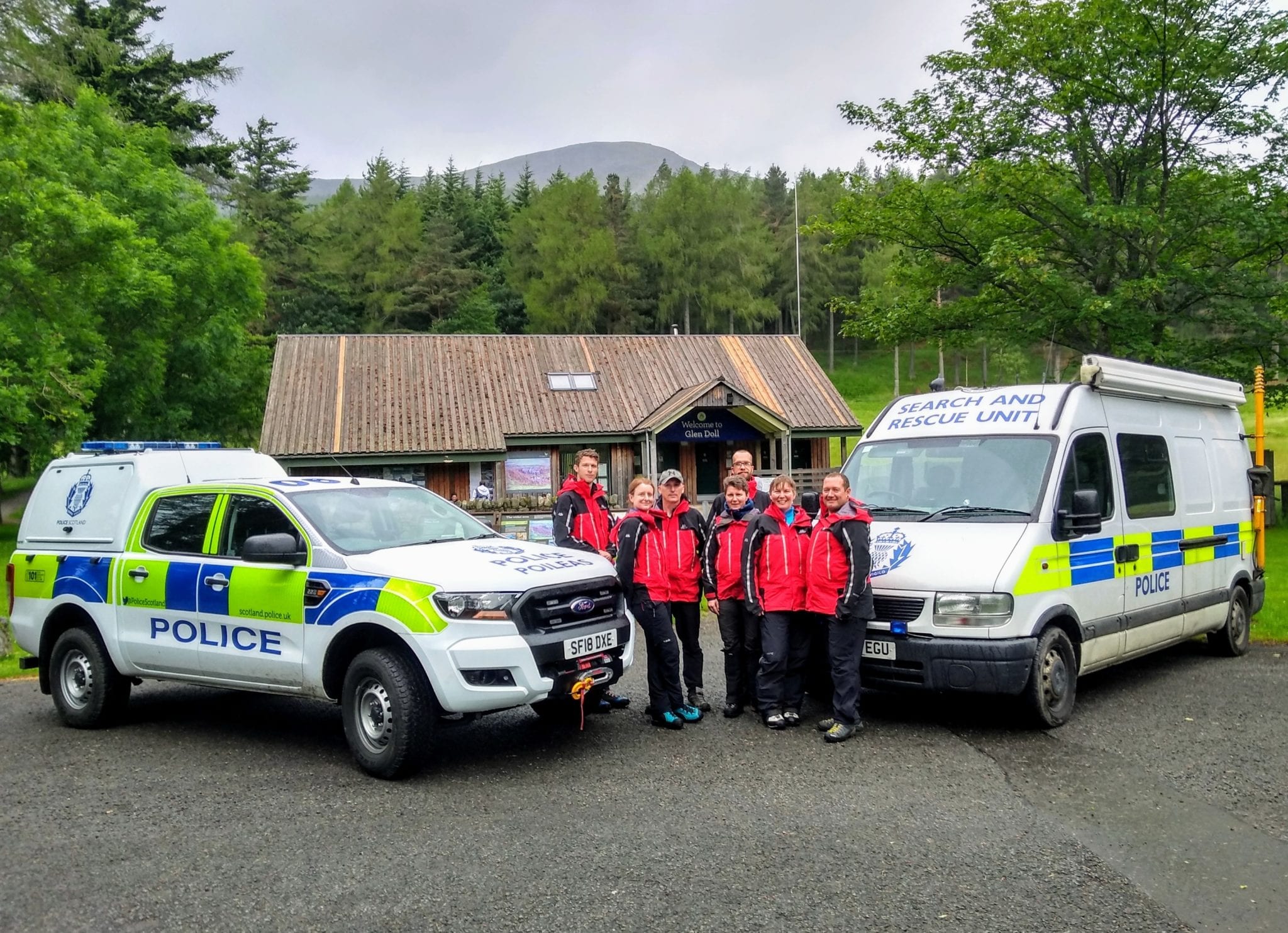 1988 – Several Mountain Rescue Teams were involved in the multi-agency response to the crash of flight Pan Am 103 over Lockerbie.

1988 – First avalanche forecasting service introduced in Scotland, prior to this mountain rescue teams had to rely on local knowledge for avalanche conditions.

1998 – The first grants from St John Scotland to fund vehicles were made for Assynt MRT and Arrochar MRT.

2001 – Distinguished Service Award was introduced which is presented to individuals who have made a highly significant contribution to Mountain Rescue in Scotland at the team level or national level. 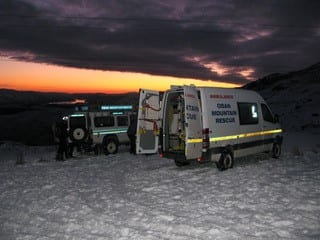 2001 – Strathclyde Police approached Oban Mountaineering Club in 2000 about the possibility of setting up a team to cover Argyll where existing provision was poor. The team was formally set up the following year.

2003 – The Mountain Rescue Committee of Scotland was awarded an annual grant of £300,000 from the Scottish Government to distribute between teams, since increased to £312,000. 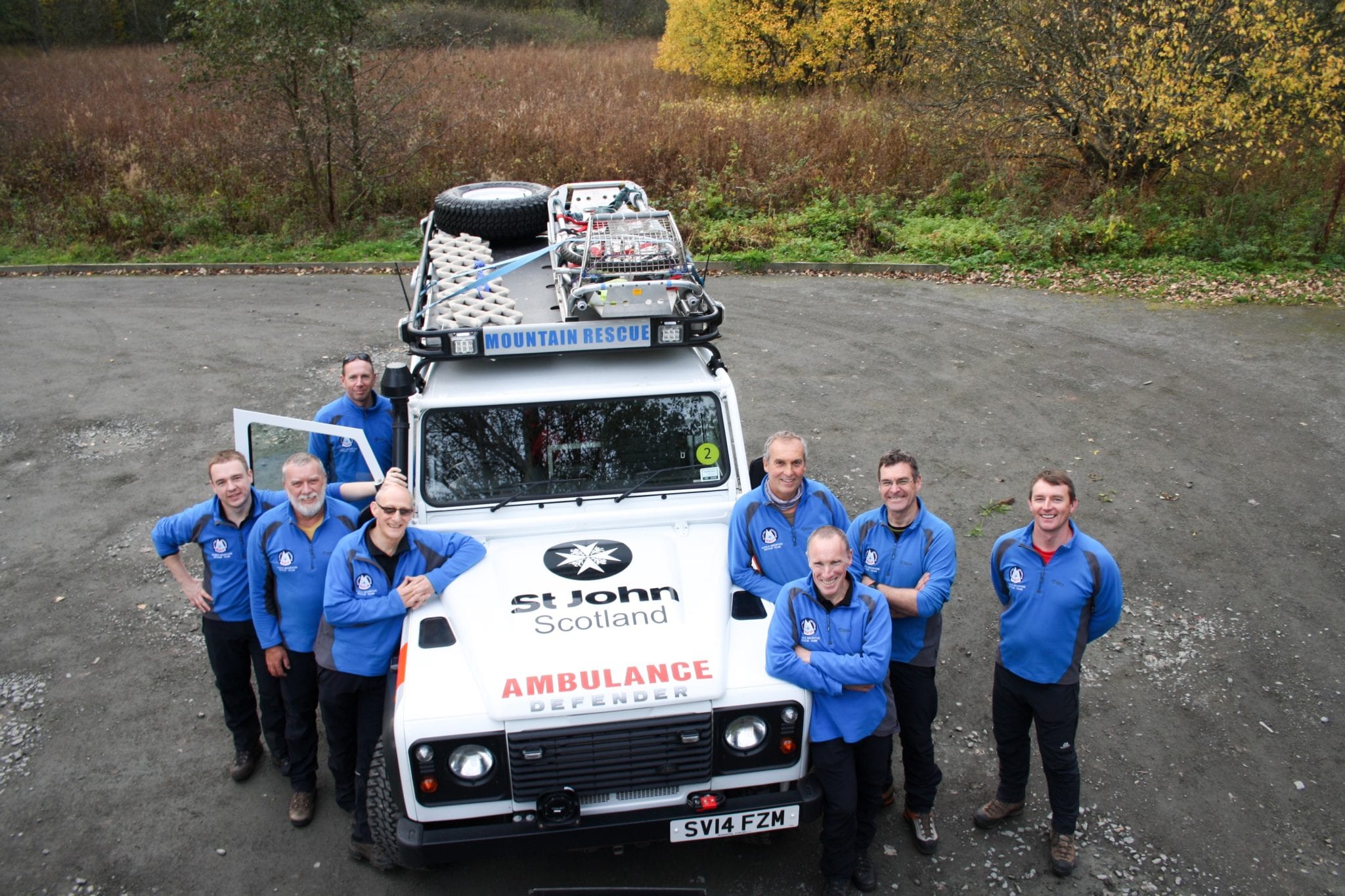 2013 – Scottish Mountain Rescue work jointly with HM Coastguard in situations where helicopters are required for rescues. In 2013 Bristow was awarded a 10-year contract to operate the search and rescue operations in the United Kingdom. Bristow is currently operating Agusta Westland AW139, Agusta Westland AW189 and Sikorsky S-92 helicopters in support of this contract. The AW139 aircraft are being replaced by the AW189 which was originally specified in the contract. 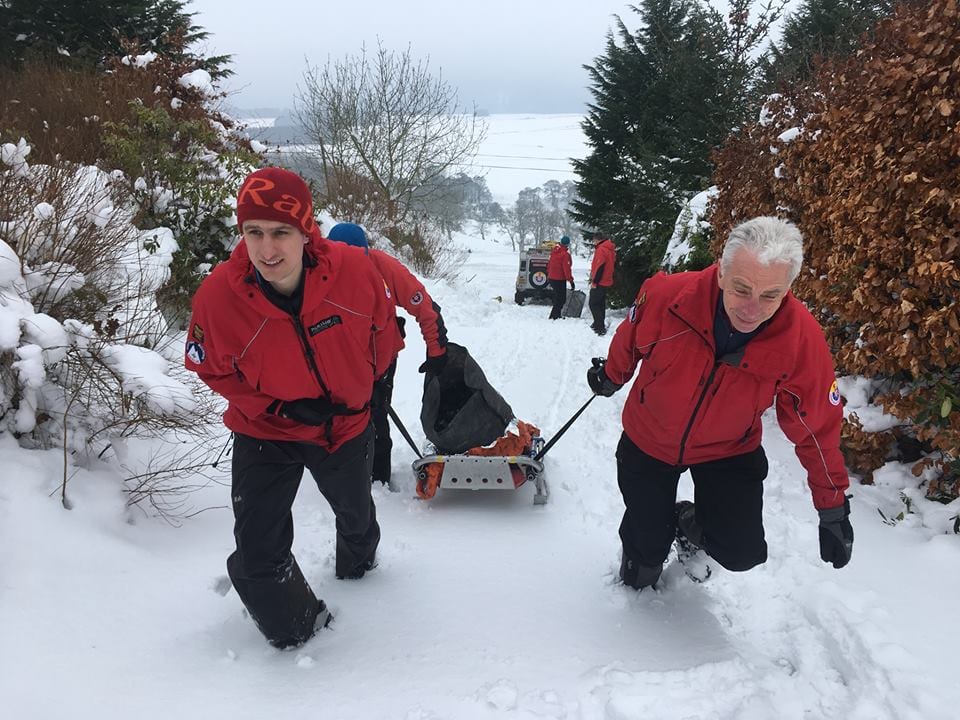