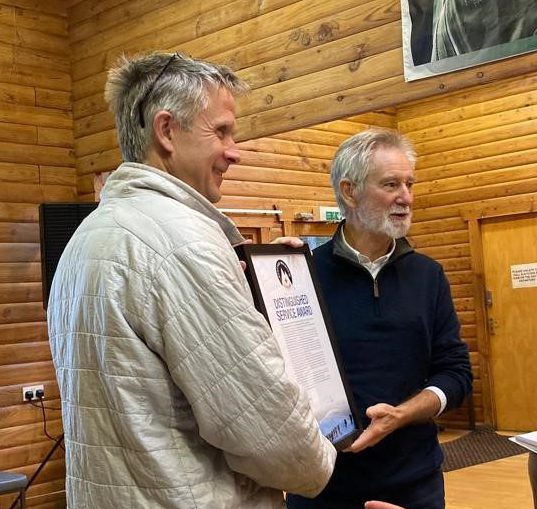 Scottish Mountain Rescue recently presented Roger Parry of Oban Mountain Rescue Team with a Distinguish Service Award at their Annual General Meeting.   This award is voted on by all teams across Scotland and serves to recognise team members who have made a highly significant contribution to mountain rescue in Scotland at team or national level over many years.

Roger was one of the founding members of Oban Mountain Rescue Team and has since served as a committee member until his recent retiral.  In his 20 years of service, Roger has made a highly significant contribution to the team and has been instrumental in getting the team to where it is today.

Gordon Binnie, Chair of Oban MRT, said “When we formed Oban MRT back in 2000, we were starting with a blank canvas. While all involved were active hill goers, climbers and mountaineers, we mostly knew very little about mountain rescue or setting up an organisation and charity. In those early days, Roger’s experience and knowledge of charities, funding and contacts were key and came to the fore in guiding us on developing a sound governance structure and financial stability”.

Roger was an active team member who contributed greatly to all operations on the hill whatever the weather and circumstances. He continues his personal mountaineering and has completed his Munros, taking up ice climbing late in life.  Roger continued in active service until 2015 when he turned 70, but he continued to be a Board member for many more years, until his recent retiral in February 2021.

In addition, Roger always contributed his wise counsel and judgement to help steer the Board through difficult decisions on resources and governance and there is no doubt that Oban MRT is in such healthy shape today because of Roger’s guiding hand and sage advice.  It is true to say that Roger has left a lasting legacy in the form of a strong, well-resourced and resilient team.

Roger, on behalf of everyone at Scottish Mountain Rescue, thank you for all you have done for us over the years. 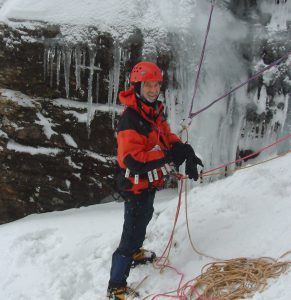