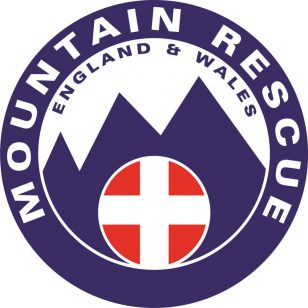 Mountain rescue teams are clustered within a number of mountain and moorland areas across England and Wales and they spread from Cleveland in the North East to Cornwall in the South West.  Each team has an operational ‘patch’ and each is a charity in its own right. Teams often work together outside their immediate area, supporting neighbouring teams or during major incidents such as flooding, searches or moorland fires.

How many volunteers are involved in Mountain Rescue England and Wales (MREW)?

With an average of about 50 members in each team, that’s nearly 2500 volunteers and, in 2018, they responded to over 2500 call outs and completed about 100,000 operational volunteer hours (not including training, administration and fundraising).

Add to that all the families and friends who get involved in fundraising and other support and that’s a lot of volunteers!  #InternationalVolunteerDay

How busy are Mountain Rescue England and Wales (MREW) volunteers?

And the teams in Scotland and Ireland may well have had call outs on those quiet days in England and Wales!

Mountain Rescue England and Wales (MREW) is the direct descendant of the Joint Stretcher Committee, set up in 1932 by the Rucksack Club and the Fell and Rock Climbing Club to create a mountain rescue stretcher and to support the work of mountain rescue in general. At around the same time, the first volunteer rescue teams were taking shape in Keswick and Coniston, both in the Lake District, in response to local incidents that shocked the climbing community in those areas.

In 1936, the committee decided a more permanent structure was called for and the First Aid Committee of Mountaineering Clubs was created from representatives of the clubs, including those of the universities, and bodies with allied interests such as the Ramblers Federation and the Youth Hostel Association.

By 1950, the First Aid Committee of Mountaineering Clubs had become the Mountain Rescue Committee (MRC), a charitable trust with membership from a far wider spectrum of outdoor pursuit groups. This changed its name to Mountain Rescue England and Wales in 2005 and HRH The Duke of Cambridge (Prince William) became its Royal Patron in May 2007.

A fuller history of MREW can be downloaded here.

How does Mountain Rescue England and Wales (MREW) use mobile technology?

With the SARLOC app, developed by an MR team member, Russ Hore, not only can a casualty call for help from where they are (as long as they have battery power and a mobile signal) but teams can often pinpoint exactly where a casualty is too, ensuring the best use of resources and saving valuable time.

From the point of view of organising call-outs and recording ongoing activity, SARCALL, developed by another team member, John Hulse, has proved its worth, especially during multi-team incidents. And MRMap, developed by Rob Brookes, David Binks and Russ Hore, enables teams to plot the locations and movements of their members during call-outs and training.

There’s advice on how to maximise your mobile on the MREW website here.