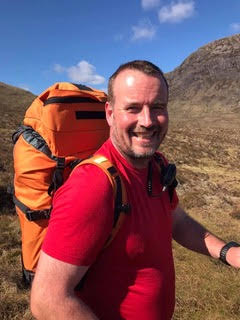 Dundonnell Mountain Rescue, which provides a 24/7 year-round volunteer rescue service across Ross-shire and much of Inverness-shire, has elected a new Team Leader.

Iain Nesbitt of Maryburgh took up the reins after the team’s annual general meeting last weekend when outgoing Team Leader, Donald MacRae, stood down after a three year stint.

Iain, who works locally as a forester,  joined the team in 2002 and has been a deputy team leader since 2014, said “ I feel very honoured to have become the new team leader for Dundonnell and look forward to working with all our partner rescue agencies.”