Save A Man’s Life On Your Lunch Break 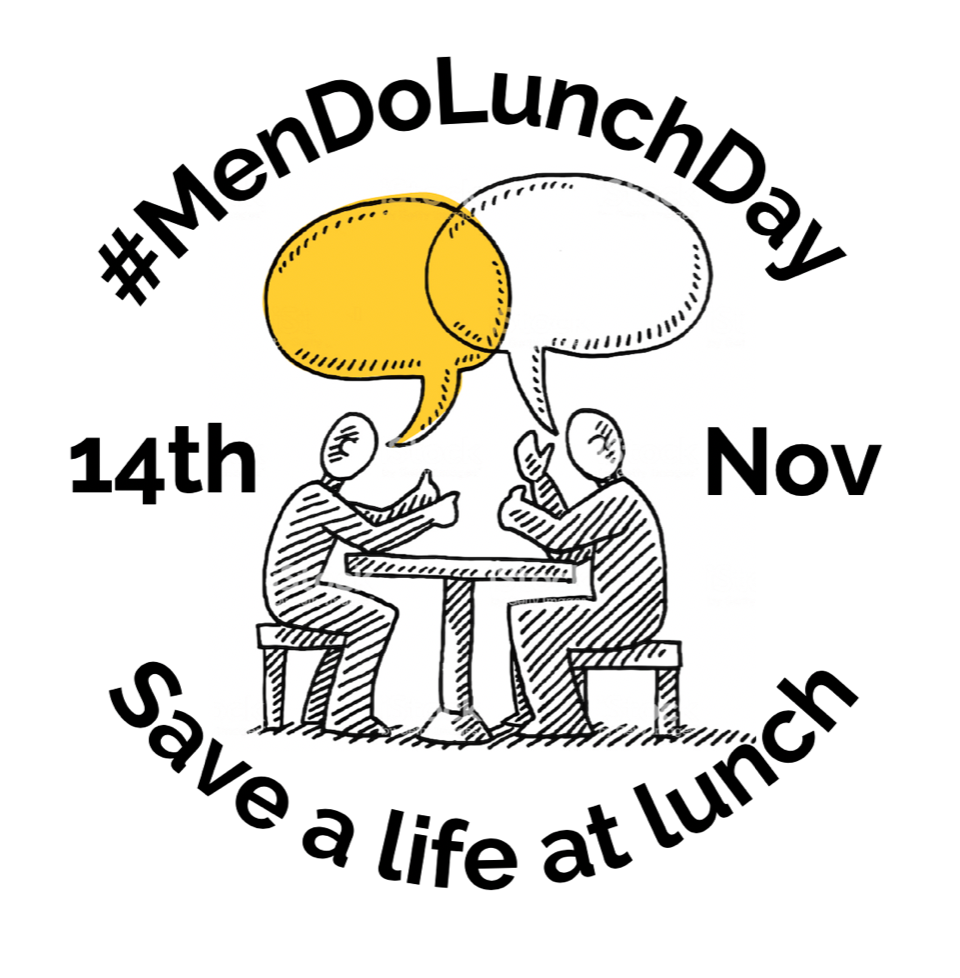 Save A Man’s Life On Your Lunch Break

A men’s mental health campaign is encouraging everyone to save a man’s life on their lunch
break on #MenDoLunchDay, which takes place on 14th November 2019.

The campaign aims to engage men in a conversation around mental health in the hope of
reducing male suicide figures through meaningful conversations over lunch with friends.

The brainchild of Andy Elwood (RAF Afghanistan Veteran and Mental Health First Aid
instructor), the campaign was started in 2018 as a new approach to combat the crisis in the
UK, where three out of every four suicides are male.

Males tend to struggle with expressing their feelings and vulnerabilities for fear of showing
weakness or the shame of what others might think and recent statistics from the Office of
National Statistics reveal the alarming effects of this out-dated attitude:
• 75% of suicides in the UK are men.
• 13 men end their own life per day (average figure based on 2018 ONS)
• 75% people with a diagnosable mental illness receive no treatment at all.

Andy Elwood comments, “Men try to fix themselves; we bottle it up inside – I know I
did. I closed things off in boxes for years, but sometimes there is just too much
stuff in your head to keep a lid on. I knew something was wrong, but not exactly
what…

We can reduce male suicide if we make it OK for men to talk about their feelings.”

So why lunch? Well, it’s a good time for an informal chat. It’s well known that talking about
your worries is beneficial and that sharing food with someone you care about helps to build
trust and safety between you, so what better way to open-up than having a chat with
someone over a simple sandwich? You could say it’s the best thing since sliced bread…

#MenDoLunchDay is something everyone can get involved in whatever your gender. We
know that men often open-up to a woman when they feel unable to talk to another man. So,
wherever you’re going to be on the 14th November, the idea is simple – just arrange to have
lunch with a man that you care about. It could be your mate, son, husband, father, brother,
uncle, colleague, neighbour or someone you haven’t seen for a long time. So make a date
now!

Let’s begin those vital conversations and save a man’s life on your lunch break!