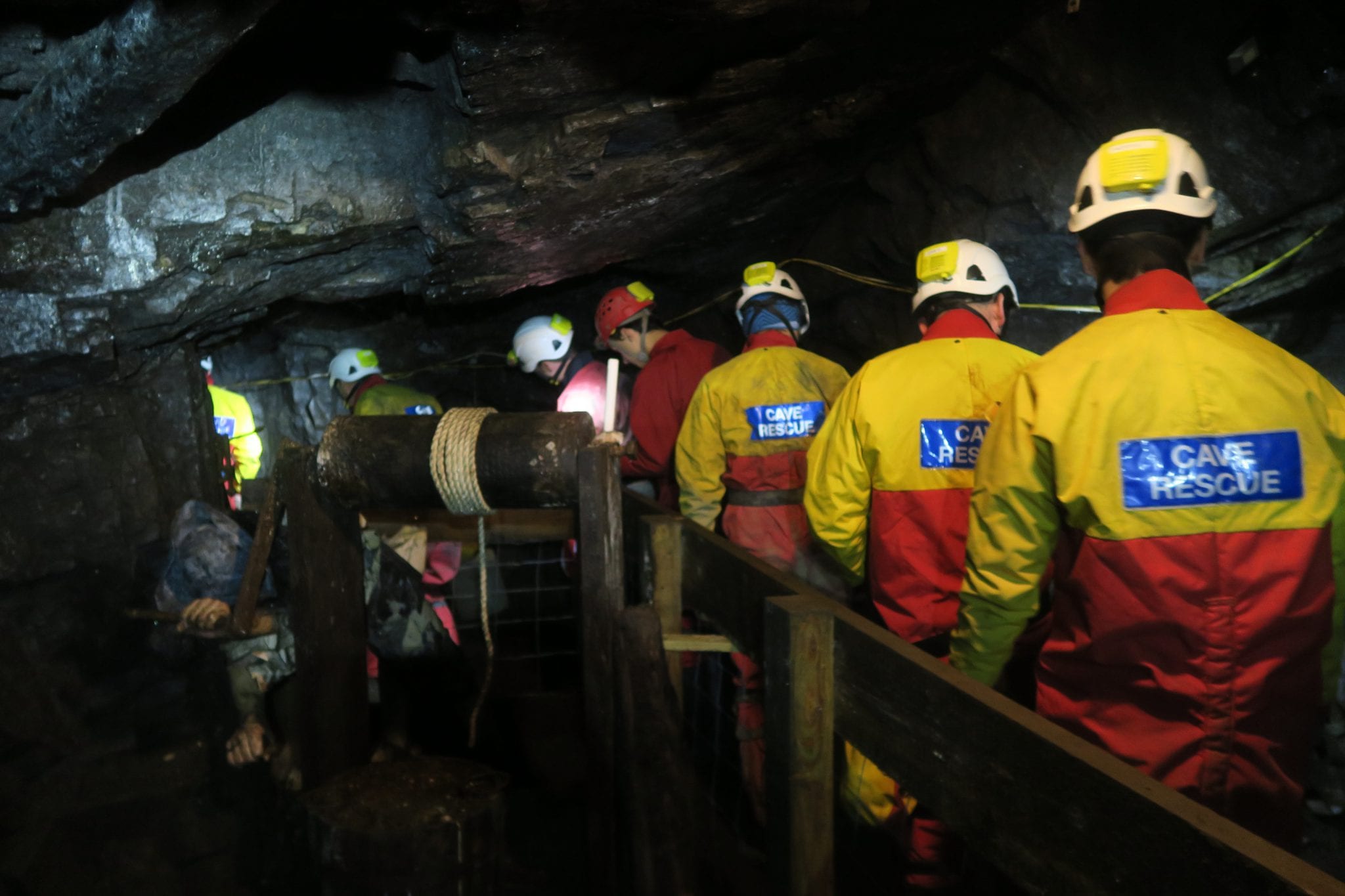 To mark the end of Volunteers Week, we would like to highlight Scottish Cave Rescue Organisation (SCRO), one of 25 teams that make up Scottish Mountain Rescue. 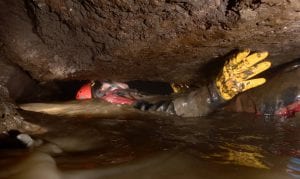 SCRO, comprising of 37 volunteers who are available 365 days a year, 24 hours a day, was established as an informal group in 1964, responding to their first incident in December 1964.  Although the organisation has cave rescue in its name, the purpose of SCRO is wider to provide a search and rescue service for persons and animals from any underground location, including caves, rock fissures and disused mines (with the exception of coal mines). Members have extracted ill-equipped dogs and sheep from caves usually as a result of a callout for a dog and during their usual caving activities for sheep.

SCRO responds directly to requests from the police for underground incidents but is also available to any other SMR team conducting a search when an underground feature is identified and needs to be investigated.  The Police will put SCRO on standby for any underground incident and, should their specialist caving skills be required, those SCRO members nearest will start rescue activities in conjunction with the local mountain rescue team while waiting for the main SCRO team to arrive, which has meant helicopter transport on several occasions.

Team members’ addresses are widely distributed from the Scottish Borders to Durness in the far northwest with over 300 miles of road between the most widely separated pair.

SCRO team members are first and foremost keen cavers and regularly participate in cave exploration in Scotland, throughout the UK and overseas.  The team ensure that they train regularly with other SMR rescue teams, particularly in the major caving areas of Scotland, namely Assynt, Appin, Skye, Applecross and Durness. They have stores of rescue equipment (medical kits, stretchers and rigging kit) in Sutherland and West Lothian.  A member team of the British Cave Rescue Council, they have close links with the other UK cave rescue teams, who provide mutual support in the event of major incidents or when special skills are needed e.g., cave divers. 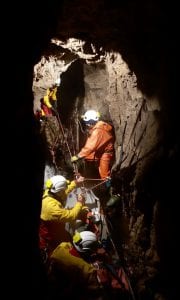 Specialist equipment includes stretchers designed for use in confined spaces because standard MR stretchers could not fit into most caves. There is also special gear for moving casualties up vertical shafts whether above or below ground, cave radios to maintain surface to underground communications and the Little Dragon airway warmer and humidifier to help combat hypothermia.  Underground rescues can be lengthy affairs and whenever possible keeping a casualty mobile and able to self-help can make rescues much shorter.

Something to take away from today’s post, fewer people have been in the most remote areas of many Scottish caves than have been to the moon!

One example of SCRO assisting another SMR team was when Tweed Valley MRT during a missing person search needed to examine the steep wooded slopes descending from Scott’s View to the River Tweed near Melrose. Cavers use single rope techniques to descend caves, so roping down and then back up through trees, gorse and other bushes presented no problems to members except in removing gorse fragments from themselves afterwards!

Heavy rain one Saturday afternoon trapped four cavers beyond flooded passages in Scotland’s longest cave system, Uamh an Claonaite in Sutherland. SCRO members in the area were fortunately accompanied by two cave divers. One of them dived through two flooded areas to find the four waiting just downstream. Such was the volume of water on his return his companions had to pull him back on a rope through the first flooded section. After waiting overnight for the rain to stop and water levels to fall the four were given a quick course in how to use diving gear and escorted through the one still flooded section and out after more than 12 hours underground.

Meet our Supporters – Paula and Al and Yoga Events

Heading to the hills? Don’t forget your Torch.