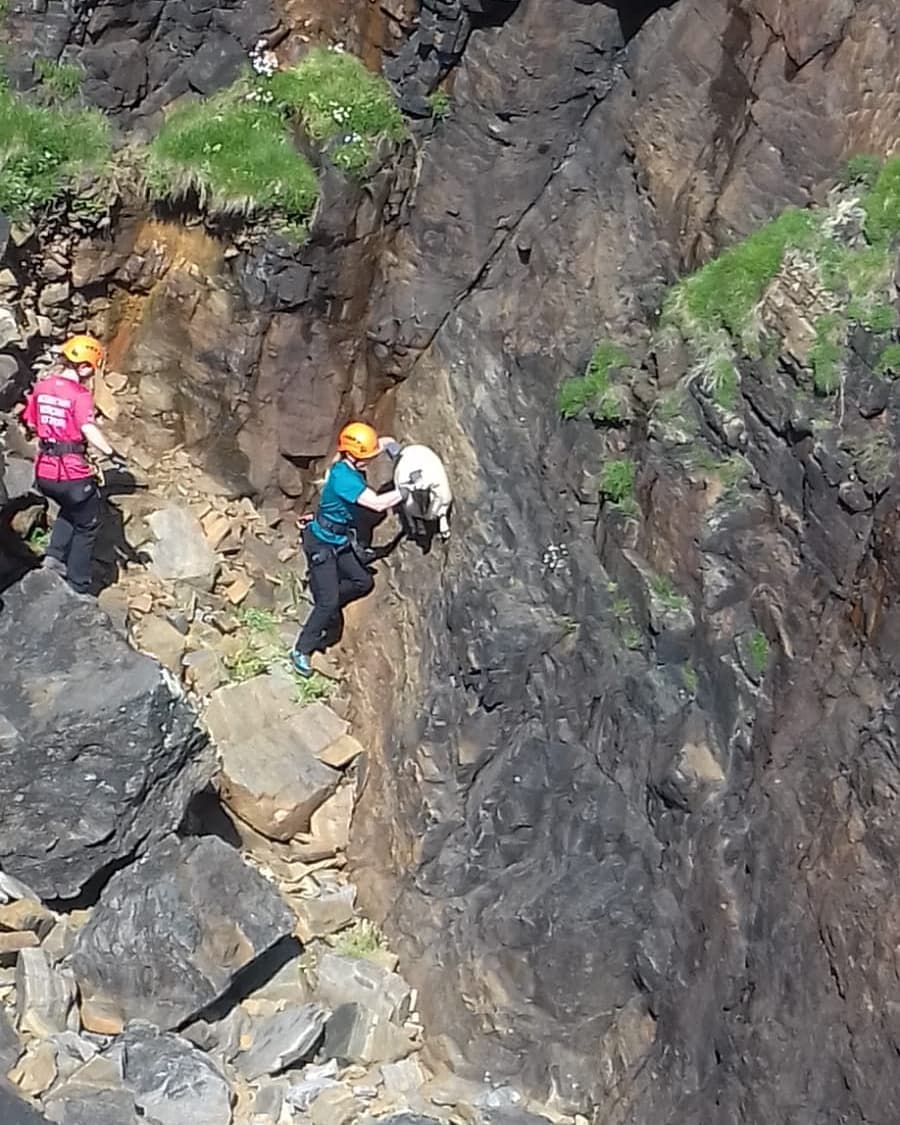 On the 14th of June members of the Hebrides Mountain Rescue (HebMRT) team were called by the SSPCA to help with the rescue of a lamb near Stoth Beach (Ness), Isle of Lewis. 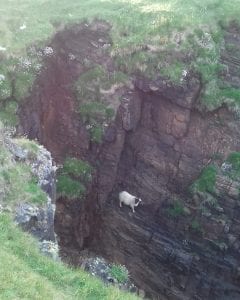 The lamb had fallen into a gorge and was unable to escape. Two members of the team were lowered into the gorge where they successfully caught and secured the lamb. The team members were raised with the unharmed lamb, where it was reunited with the crofter and its mother. 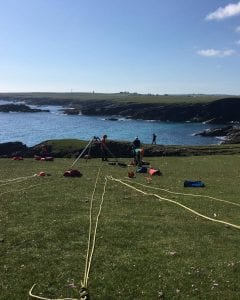 This was a very straightforward rescue, We had good anchors and the gorge was narrow making the lamb easy to catch. The most difficult aspect of a non domestic animal rescue is capturing the animal. During a human rescue, they are often very grateful to see their rescuer, this is not the case for a sheep. Other aspects that can lead to complications are large cliffs with loose and unstable rocks. Often the biggest discussion is about how to manage the animal in order to get it to a suitable place where we can attempt a rescue. Cliffside herding techniques range from abseiling down multiple ropes to using the team drone to herd the animal to a rescuable location. While these rescues are physically demanding and tough on equipment we are happy to do these as additional training and to prevent members of the public attempting them with improper equipment. Since 2018 HebMRT has competed over 13 animal rescues. 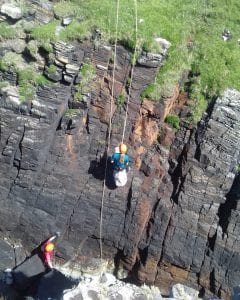 Welcome Back – Questions and Answers