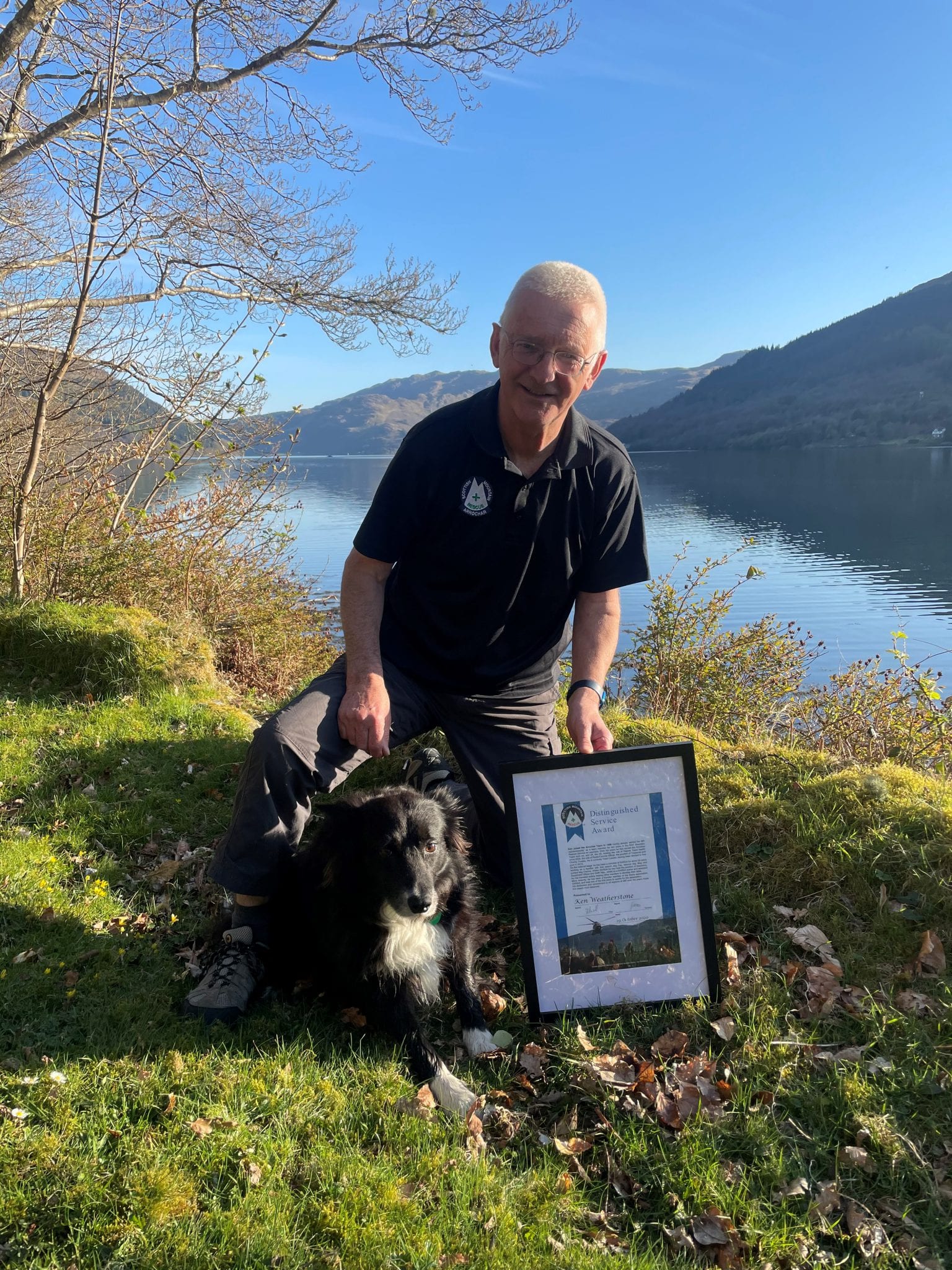 Scottish Mountain Rescue recently presented Ken Weatherstone, the Team Leader of Arrochar MRT, with a Distinguish Service Award to acknowledge the significant contribution he has made over the years at both a local and a national level for SMR.

Ken began his tenure with mountain rescue in 1992, having served his MR ‘apprenticeship’ with the RAF Mountain Rescue Service and joining Search & Rescue Dog Association (SARDA) the same year, leading to some 27 years working as a handler and as Secretary and Equipment Officer for the organisation.  During his time as a SARDA trainer and assessor Ken travelled widely, helping other handlers to develop their skills.

He joined the Arrochar Team in 1998 and over the years he has served the team both on and off the hill, holding the role of Depute Team leader since 2009, the role of Radio/Communications Officer, the position of Treasurer and Charity Trustee. He is currently Team Leader, having been elected to that post in 2019.

More recently, he has been a founder member of the drone association, SARAA (Search & Rescue Aerial Association), and was one of the first pilots to qualify for the association.

Ken, from us all at Scottish Mountain Rescue we THANK YOU for everything you have done and continue to do.