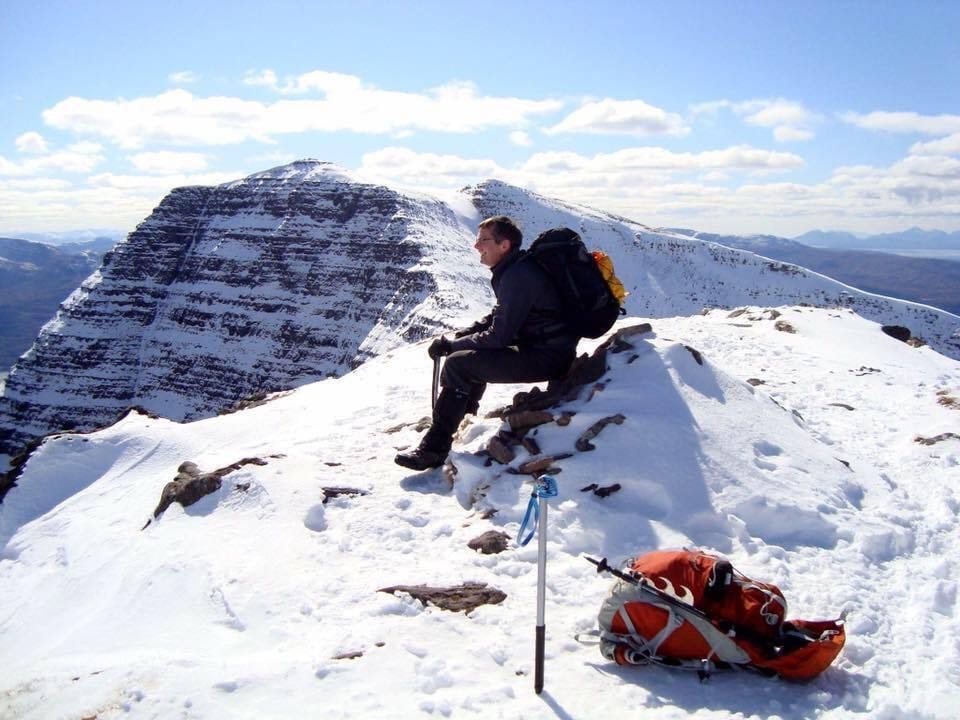 My beloved dad, Jim Robertson, was an experienced hillwalker who had climbed all 282 Munros.  On Monday 29th February 2016, just days before his 61st birthday, he travelled to Braemar, based himself at Bob Scott’s Bothy and went walking in the Cairngorms.  When he didn’t return home for his birthday as planned on the Friday, my brother and I reported him missing to the police.  We were devastated to be told that weather conditions were too treacherous to send officers out to the Bothy.

I then contacted Braemar Mountain Rescue directly and was put in touch with Matt Smith who assured me that their search for my dad was already underway.  Matt, who led the search operation, kept us informed of each and every step and gave us every reason to put all of our trust in him and his team.  As the days passed, Matt even helped us to accept that it was no longer going to be a rescue but a recovery.

We were invited to visit the rescue centre and here we had the chance to learn more about the incredible work of the team and to tell the volunteers in person just how much their efforts meant to us.  Although there really were no words that could express our feelings of gratitude.  During this visit, one of the volunteers Pete took us out to Bob Scott’s Bothy for the first time in a Land Rover.  We saw for ourselves the severe winter conditions that my dad had been caught up in.  While we were out there, there were teams on the hills risking their lives for my dad.  We were truly overwhelmed by their selflessness and compassion.

The search continued long after we returned home and after three long months, my dad’s body was found, by another hillwalker, at Creag a’choire Etchachan.  The Braemar Team then carried out the recovery.  Beyond this, Matt and Kenny travelled all the way to Glasgow to attend my dad’s funeral and later took my family and I out to the exact spot where my dad had been found so that we could scatter some of his ashes there.  My family and I will never forget the commitment we were shown by the Mountain Rescue volunteers and all that they did for us.  When I think about the gentle, unassuming man that my dad was, I don’t think he would ever believe the incredible efforts that they went to for him.

The Health Benefits to Walking

Walking… why it’s so good for you